You can trust that you are in good hands when you choose to work with Miguel A. Vazquez and his team at Home Central Financial. Their combined experience and dedication to finding their customers the perfect home and mortgage make them the perfect choice for anyone looking to purchase or refinance their home. As an experienced Commerce CA mortgage broker we are proud to be a trusted source of information for our customers when it comes to information about loan programs and processes.

The Home Central Financial team works for YOU and offers a variety of customizable products and services to meet your specific mortgage needs in the city of Commerce! We are proud to be able to help our clients with all their needs, whether you are looking to purchase a home or refinance your existing mortgage. We also offer information about down payment assistance programs. 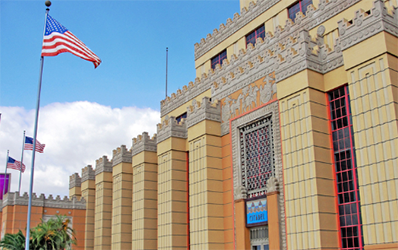 Commerce is a city located in southeast Los Angeles County, California, United States. The population was 12,823 at the 2010 census, up from 12,568 at the 2000 census. It is bordered by Vernon on the west, Los Angeles on the northwest, East Los Angeles on the north, Montebello on the east, Downey and Bell Gardens on the south, and Maywood on the southwest. The Los Angeles River forms part of its southwestern boundary, and the Rio Hondo separates it from Downey. Commerce is served by the Long Beach and Santa Ana freeways, as well as the Metrolink commuter rail service at the Commerce station. It is usually referred to as the “City of Commerce” to distinguish it from the common noun. *Information from Wikipedia*

Mortgage Websites Proudly Powered By Vonk Digital
Back To Top
×